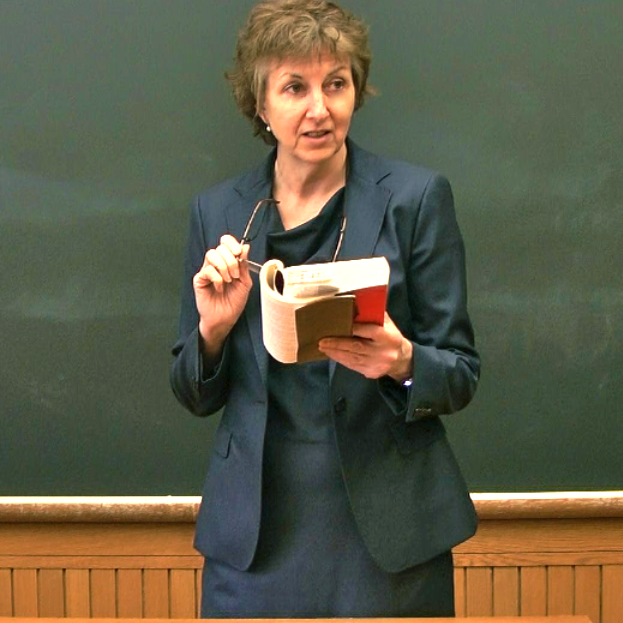 Professor Cavallo has been on the faculty of Columbia’s Department of Italian since 1988. Her field of specialization is the Renaissance romance epic (primarily Boiardo, Ariosto, and Tasso) and its performance traditions in the Mediterranean. Other courses she has taught in the Department include Petrarch and Boccaccio, fifteenth-century civic humanism and Neoplatonism, Machiavelli, Castiglione, the development of the Italian language, Italian cinema, allegorical literature, political literature, and forgotten best-sellers of the Renaissance. In 1995 she founded the Columbia University Summer Program in Scandiano, which she directed for seven consecutive years, and has more recently taught in the Columbia Summer Program at Ca’ Foscari in Venice. She taught Literature Humanities regularly between 1993 and 2014, and has team-taught the interdisciplinary colloquium “Nobility and Civility: East and West” since 2007.

Professor Cavallo’s most recent book, The World beyond Europe in the Romance Epics of Boiardo and Ariosto (University of Toronto Press, 2013), received a Modern Language Association Publication Award and was translated into Italian (Mondadori, 2017). She is also the author of Boiardo’s Orlando Innamorato: An Ethics of Desire (Associated University Presses, 1993) and The Romance Epics of Boiardo, Ariosto, and Tasso: From Public Duty to Private Pleasure (University of Toronto Press, 2004), as well as editor of Teaching the Italian Renaissance Romance Epic (MLA, 2018) and co-editor of Fortune and Romance: Boiardo in America (MRTS, 1998), Speaking Truth to Power from Medieval to Modern Italy (Annali d'Italianistica 34 [2016]), and the anthology Boiardo (Unicopli, 2018). Her articles focus on Italian authors from the medieval to the modern period (Marco Polo, Dante, Petrarch, Sabadino degli Arienti, Boiardo, Ariosto, Castiglione, Machiavelli, Tasso, Giordano Bruno, and Elsa Morante), folk traditions that dramatize epic narratives (Sicilian puppet theater and the epic Maggio of the Tuscan-Emilian Apennines), and early Christian and gnostic literature (the Gospel of Matthew and the Gospel of Truth). In 2002, she filmed and edited a full-length documentary about the epic Maggio tradition, Il maggio emiliano: ricordi, riflessioni, brani (DVD, 2003). She edits the book series Anthem World Epic and Romance and the Italian literature area of The Literary Encyclopedia (www.litencyc.com). She is also developing the websites eBOIARDO (Epics of Boiardo and Other Italian Authors: a Resource Database Online) at https://edblogs.columbia.edu/eboiardo and World Epics at https://edblogs.columbia.edu/worldepics.

Professor Cavallo has adapted several episodes from Boiardo’s Orlando Innamorato into comedies that have been performed in various regions of Italy (2000-2006), and in English translation in New York City (Medieval Festival at Fort Tryon Park, September 2003; Central Park's Naumburg Bandshell, July 15-17, 2006). She has also written a bilingual young readers' version of Boiardo’s poem, Orlando Innamorato per ragazzi(2001), and collaborated on scripts for the Emilian epic Maggio.

Development of the Italian Language