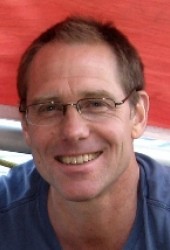 Nelson Moe is associate professor of Italian at Barnard College, Columbia University. He is the author of The View from Vesuvius: Italian Culture and the Southern Question (University of California Press, 2002), which received the Modern Language Association Scaglione Award for a Manuscript in Italian Literary Studies. The Italian edition was published as Un paradiso abitato da diavoli: identità nazionale e immagini nel Mezzogiorno(L’Ancora del Mediterraneo, 2004). He has written widely in cultural theory (on Gramsci in particular) and has published essays on diverse aspects of 19th- and 20th-century Italian history and culture. He is currently writing a comparative study of the image of the Mafia in Italy and America and a cultural history of Naples. He has recently served on the jury of the “Premio Napoli” and has worked as a consultant to Warner Bros. Pictures on a film project set in Naples. He currently serves on the Advisory Board of California Italian Studies.